God, I love this app! Not surprisingly after I fell in love with the iPhone I started exploring various apps. This is my fourth smart phone ever bought but the first one that I actually used for something beyond making phone calls. Finally I got a smart phone that is easy enough to be used for things beyond making calls such as playing games, reading mail, typing notes and much more. However I was fascinated by two apps in particular.  The first one is ‘Mother Ted’ from Mother Apps and the next one is ‘Sketchbook Mobile’ from Autodesk. Its the later I would be talking about in this blog and I will save the Mother Ted for another day.

I hope to write a more in depth review a little later. For now I will just give a few initial observations.

Sketchbook Mobile is a lighter version of Sketchbook Pro form Alias, which was recently acquired by Autodesk. As the name implies it allows to sketch using one’s iPhone and in doing so it goes much beyond simple doodling, which most of the similar apps for iPhone seem to offer. Sketchbook Mobile offers limited but powerful sketching tools including variety of brushes and styles, color picker/wheel, layers and a symmetry tool (miror). There are multiple variety of brush styles including fill option an nice brush style editor that let us to customize the brush properties.

When I started using this app at first I found it very difficult sketch with a finger. But once I got hang of it the sketching not only became easier but in some way it was liberating. For the first time I can sketch/doodle anywhere I may chose.  One thing that kept me annoying however was inconsistency of the perceived stroke sensitivity. By that what I mean is some of the strokes with similar pressure would result in distinctly different outcomes. For now I am suspecting it is something to do with my screen protector than either the iPhone or the software. However I did not test this hypothesis yet.

Here is a screen shot of the Sketchbook Mobile interface – 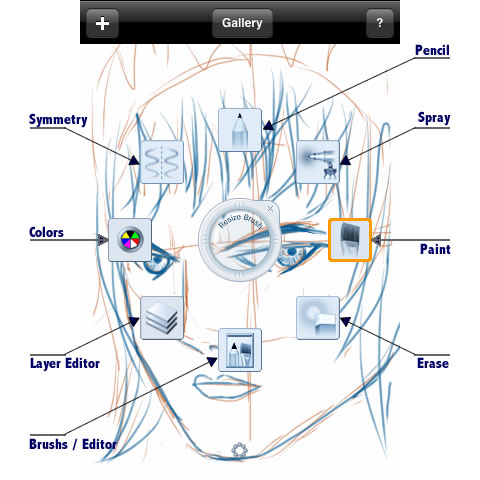 Currently Sketchbook Mobile 1.0 supports an array of powerful features including –

– Selection Tool
– Smudge, blurr, clone
– Basic Shapes
– Gradient
– Vectors
– Text Tool
– Finally a tool that can use multi-touch capability of the iPhone beyond just zooming in and out of the image.

Although there are many other features that I wish somehow Autodesk can include in this app I am afraid that might bloat the app to the size of the pro version and so will be the price. For now I am content with what I got in there and wish to make most of it.

Moments after installing this app, I was doodling… err… sketching non-stop. I am going to include a few of my rough sketches here. Please keep in mind, that I am a very amateur at sketching and I have never used any other sketching tool apart from a my note pads that were so doodled that it is difficult to see where my notes end and doodling begins. Time to time I used Adobe Photoshop or Fireworks for  personal projects that are small and simple. Much of the limitations you see in the following pictures account for my own shortcomings in the department of creativity than something to do with Sketchbook mobile.

Here is my very first and test sketch – 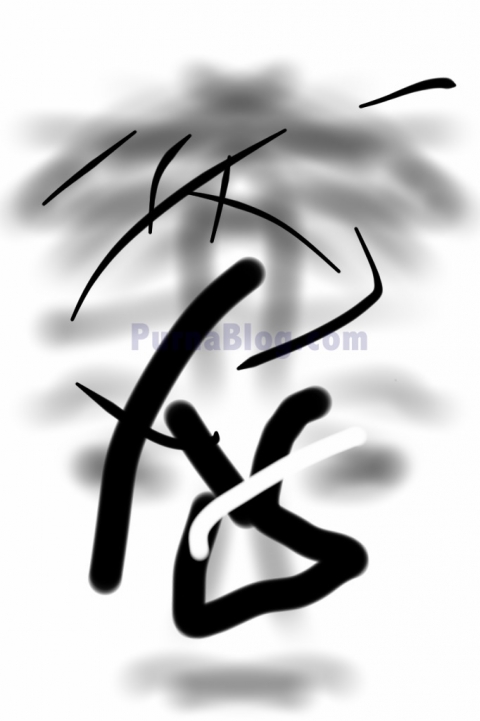 Yes, its just a few test strokes and nothing beyond that. Here is what followed after I got a bit used to the app –

That is it for now its time to get back to my Sketchbook!